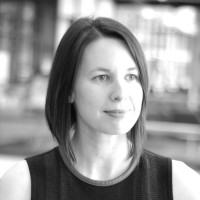 Dr Claire Warden, from the Lincoln School of Performing Arts at the University of Lincoln, has been selected as one of 15 researchers to participate in an AHRC/BBC workshop on Scottish identity.

Over 100 researchers submitted an expression of interest to take part in the AHRC/BBC workshop that will help inform and influence BBC thinking around programming for 2014 when the planned referendum on Scottish independence will take place, as well as the  Commonwealth Games in Glasgow and the Glasgow 2014 Cultural Programme.

Claire will be joining researchers from a number of Universities across England and Scotland. These include the OU, Stirling, Edinburgh, Oxford, Cambridge and Glasgow:

Dr Cassie Smith-Christmas              University of the Highlands and Islands

The researchers represent a broad range of subjects, including Scottish history from early to modern, Scottish literature, religion, language and linguistics, the visual arts, music, architecture, drama, as well as a mix of researchers at different stages of their careers.

The workshop will take place in London on the 26th April.